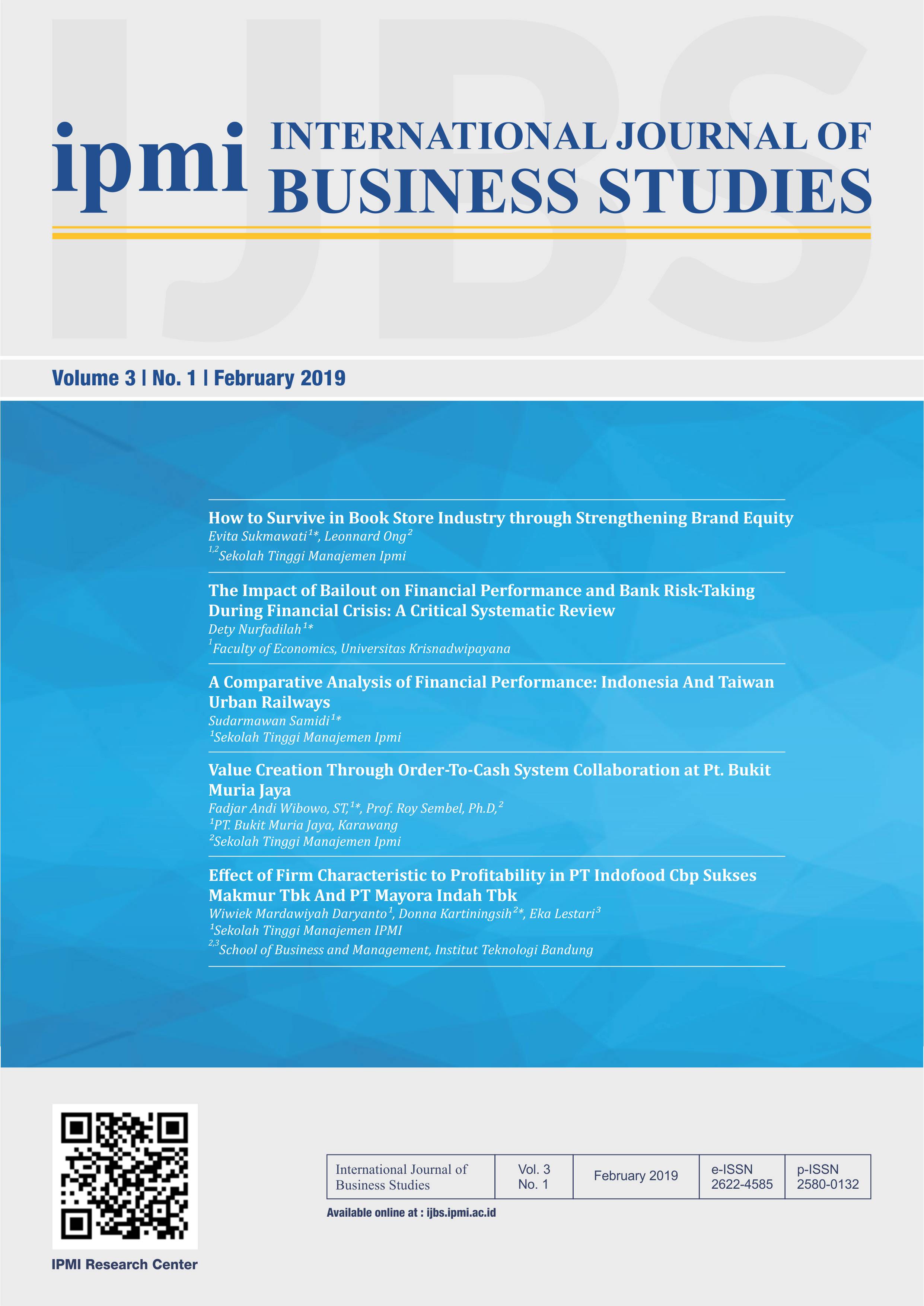 In countries with government-owned railways, the subsidies required to maintain service were becoming a serious burden on the state. Declining revenues have left the rail industry struggling to overcome operating deficits and to reduce subsidies from governments. This study aims to analyze the financial performance of Indonesia and Taiwan urban rail system. Financial ratios are employed to measure the profitability, liquidity, activity, and solvency performance of PT. Kereta Api Indonesia (KAI) and Taiwan High Speed Rail (THSR). The data were collected from both companies in the period of 2011-2015 based on its audited inancial report. In addition, the Decree No. KEP-100/MBU/2002 issued by Indonesia Ministry of SOEs was used to validate the inancial health condition with the level of financial assessment. The result showed that KAI had better financial performance in comparison with THSR. Generally, both companies have a challenge in asset utilization and inventory management. Therefore, this study is useful for the managers to tackle the challenges and improve its eficiency. Furthermore, this study could be policy options might be taken to improve both urban railways' performance.