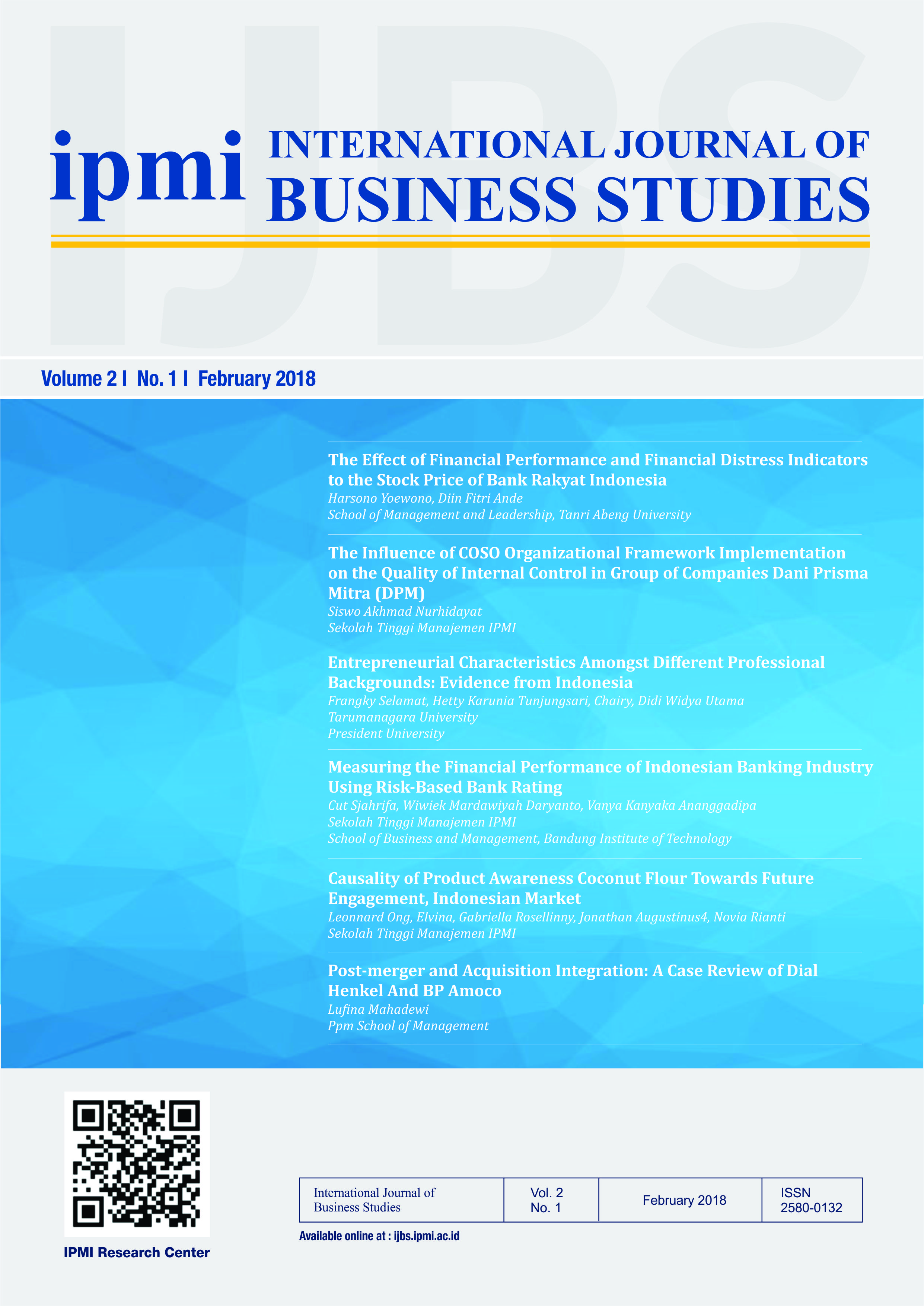 The bank’s financial report is the only lead for the public c to review, evaluate, and assess the soundness of a bank. By tinkering the available figures within the monthly financial reports, we have measured 52 variables comprised of the common indicators to calculate the effects of financial performance of the bank, its financial distress, to its stock price in the market. The common indicators used are the ratios of liquidity, rentability, and solvability. The bankruptcy prediction and financial distress indicators were considered to part of
the solvability ratios. The data observed and collected was between January 2002 to 18 July 2017. The time lag and IPO as of 10 November 2003 reduced the eligibility of monthly financial reports, leaving the data usable for the period of November 2003 to April 2017. As 10 variables were excluded by the system, only 4 of42 variables were found to be significantly affecting the stock price variable. The 4 independent variables are market capitalization, the ratio of placement in BI to the third-party fund, debt to equity ratio, and debt
to asset ratio.