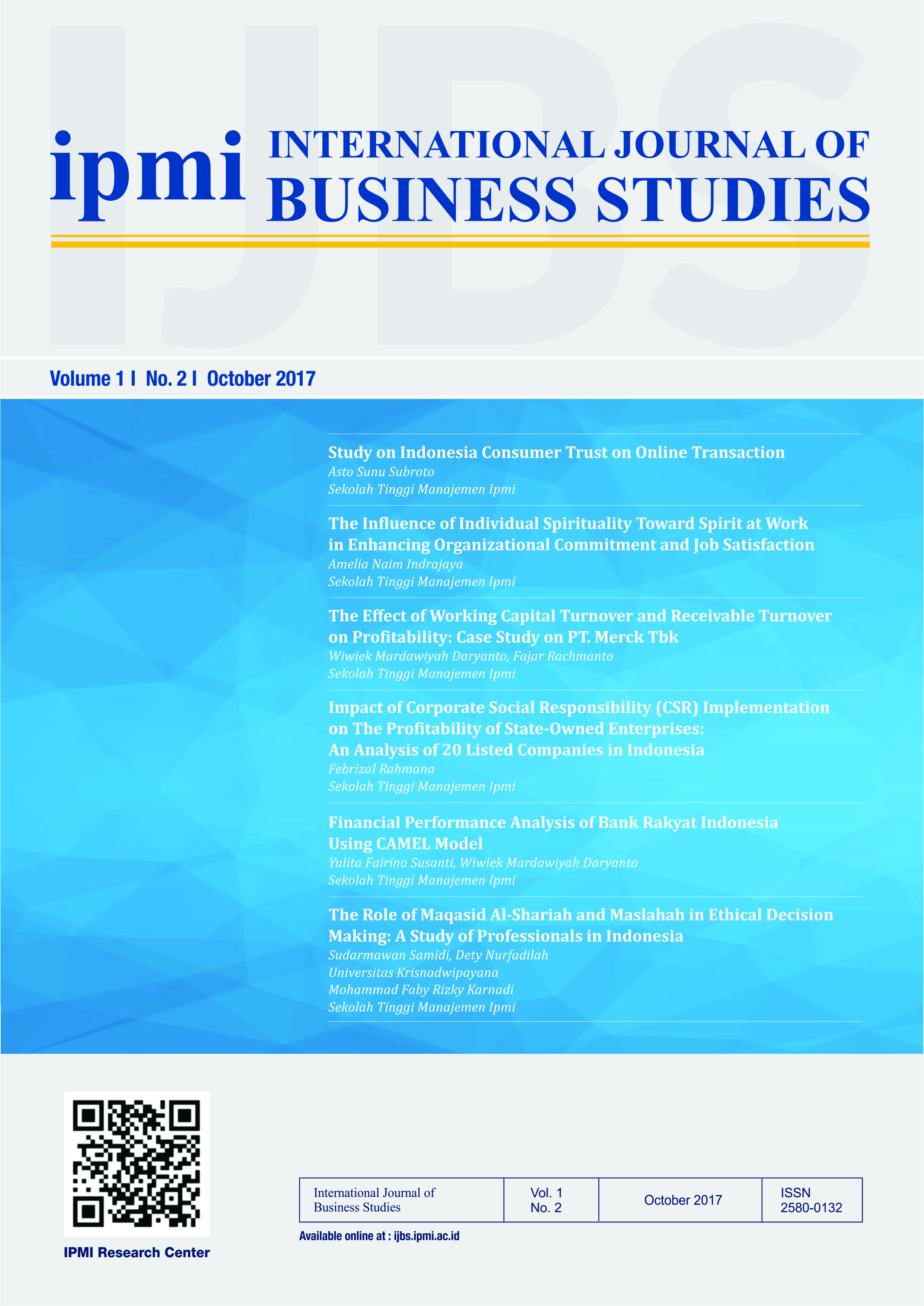 The assessment of inancial performance is becoming increasingly important. The Regulation of the Central Bank of Indonesia
No.13/24/DPNP/2011 provides the mandatory of measuring Health Level Assessment System of Commercial Banks in Indonesia. The
purpose ofthis study is to measure inancial performances ofPT. Bank Rakyat Indonesia (Persero), Tbk (BRI) for the period 2011 to 2015,
and to determine the strongest correlation among inancial ratios in the component ofCAMEL. The method used is a CAMEL model, which
is divine to Capital (C), Assets Quality (A), Management (M), Earnings (E) and Liquidity (L), and also a statistical method, namely coeficient
correlation calculation. The aspects of one another are interrelated and inseparable. The data is collected from the Audited Financial
Reports of BRI for the periods of 2011-2015. The result of the study shows that over the last ive years, the inancial performance achieved
by BRI was a healthy predicate respectively. All of the financial ratio performances have complied and achieved above the standards ofthe
Central Bank of Indonesia. And based on coeficient correlation calculation among inancial ratios in the CAMEL components, it
reveals that between Return on Asset (ROA) and Operating Expense to Operating Income (BOPO) has a strong negative correlation. The
ive-year trend shows that if the BOPO decrease followed by the increase ofROA, and vice versa.