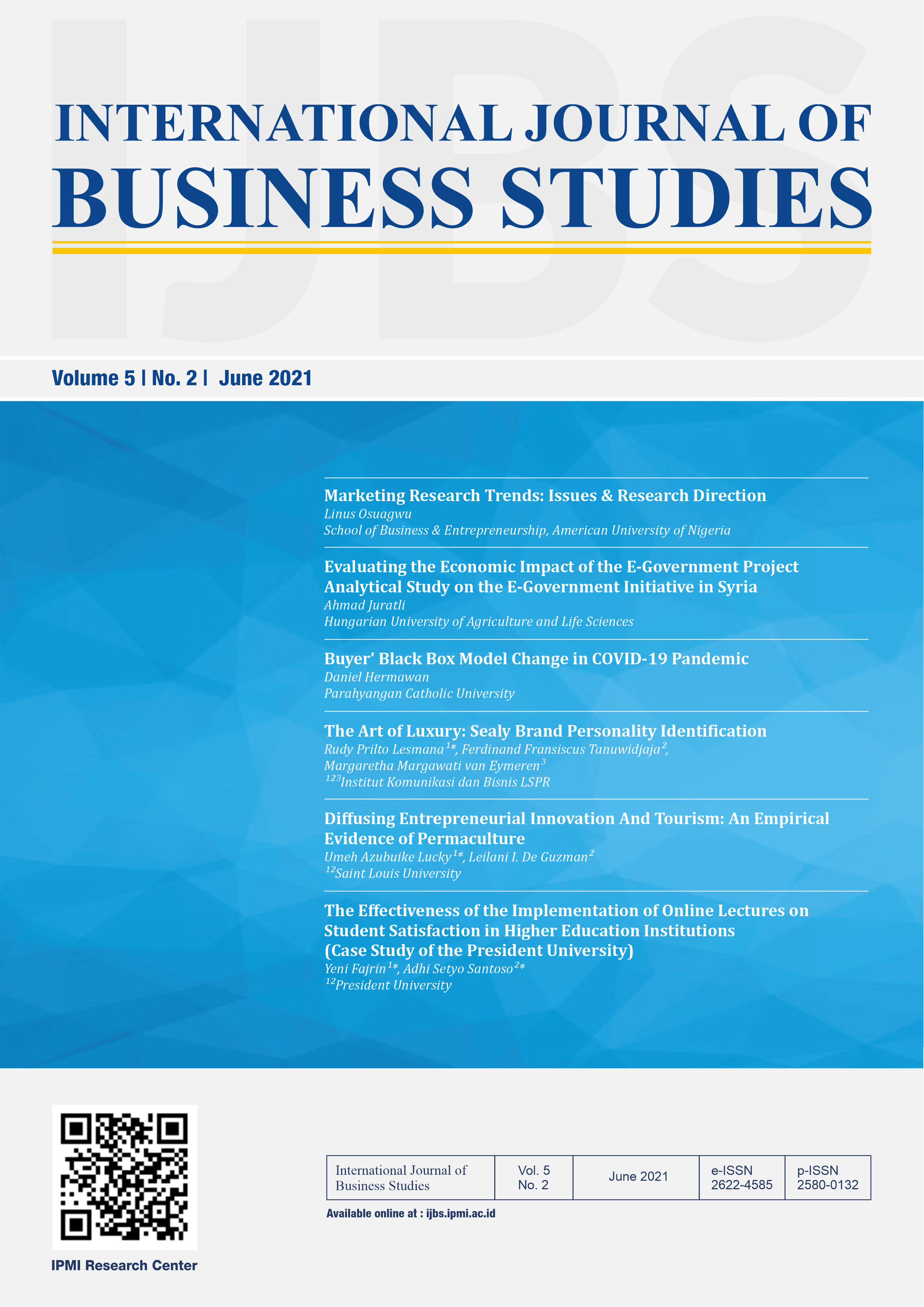 This study aimed to introduce the importance of implementing the e-government project in general and in Syria in particular, in addition to clarifying the economic impact on the implementation of this strategic project, and thus clarifying the necessity of the financing and directing this project. Accordingly, the study used the most important recent periodic government reports issued by the government regarding the implementation of this project. This paper relied on an analytical approach whereby the economic impact of e-government was analyzed in general, and then the same effect was studied on the Syrian side, and the study took into account the analysis of the return on the basis of value. The study showed that e-government initiatives improve labor productivity in the public sector, provide meaningful services, save costs, and achieve growth in GDP. Where the study confirmed that the application of e-government has a positive impact on the Syrian economy by studying the return, whether on the government as an implementing agency or on the citizen as a beneficiary. Syria is currently going through a transitional phase and economic progress and is striving for success. This requires re-engineering the infrastructure and managing all official bodies that deal with beneficiaries through the application of e-government in most of its institutions, and based on the results of this study, future analytical studies must be conducted. About statistical analysis to know the impact of implementing the e-government project inside the institutions on the beneficiary citizens and on the performance of employees. Accordingly, this study provides a methodology for analyzing the financial and economic benefits of projects within the e-government strategy, it can be said: This paper helps shed light on the goals of e-government and spread public awareness as a result of implementing this project and show its economic impact. Also, this study may serve the researchers as input for future research.