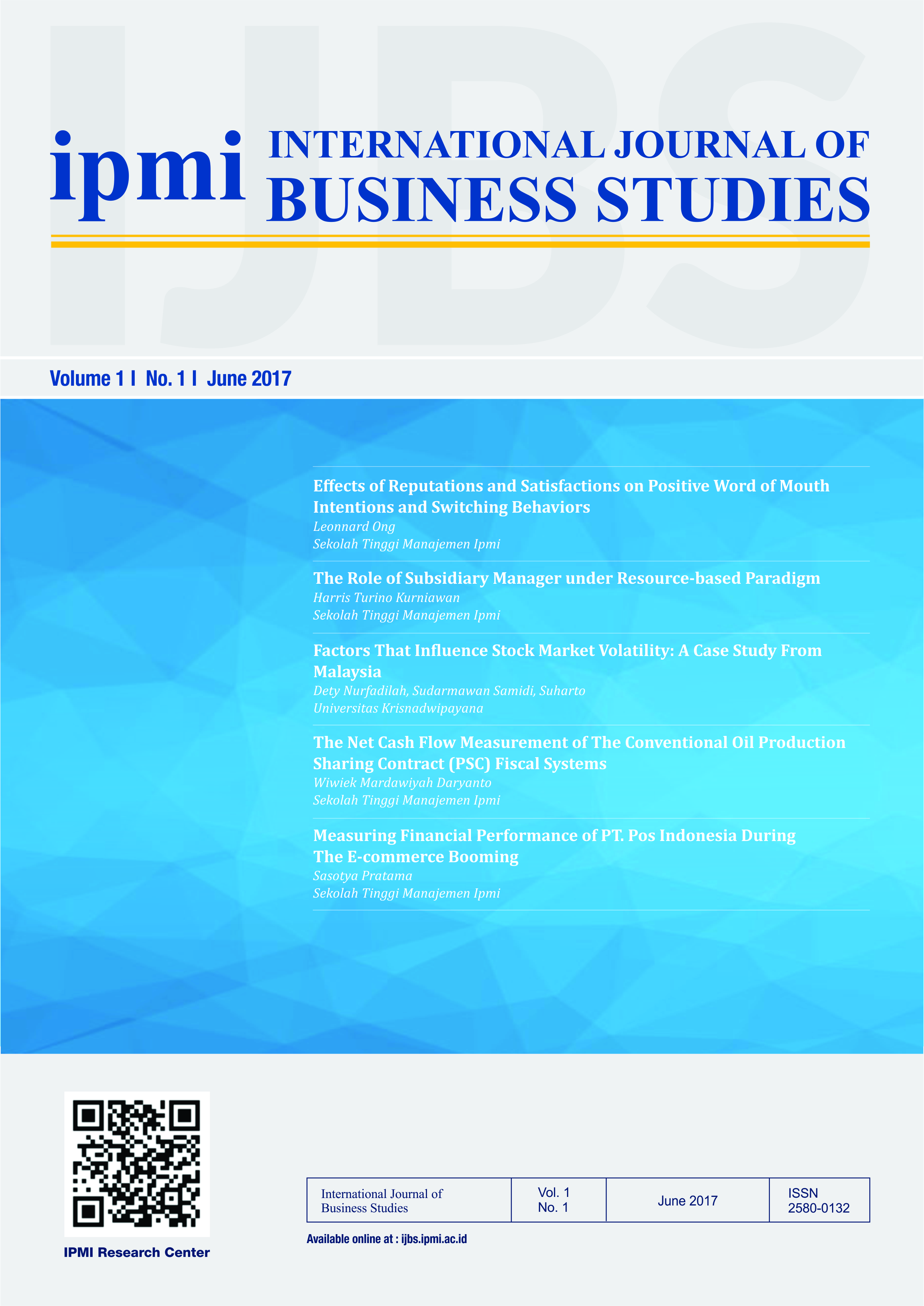 Indonesia is the pioneer of the Production Sharing Contract (PSC),the irst contract was signed in 1960. It is the standard of comparison for all PSCs (Johnston, 1994). According to the Executive Agency for Upstream Oil and Gas Business Activities in Indonesia (SKK Migas,2014), PSC is a Petroleum Exploration and Production Agreement between the Authority Body and the Oil Contractor (OC). This study focuses on the oil industry, covering a PSC oil ield which has been operating in Indonesia since 1998. The primary data of 2016 is used.
The purpose of this study is to measure the yearly net cash lows received by the Government of Indonesia (GOI) and the OC during exploitation period, and to examine the attractiveness of the terms and conditions ofthe PSC. The basic features ofPSCs are: irst tranche petroleum (FTP), cost recovery (CR), proit oil (PO), domestic market obligation (DMO), and taxes. The inancial issue of PSC is how costs are recovered and proits divided. The inding shows that from 100%
Gross Revenue (GR) ofthe oil ield in 2016; 35.43% ofit is allocated to the GOI, and only 2.28% to the OC. Meanwhile, the CR for the year is 62.29% of the GR. Therefore, it is needed to manage the CR eficiently and effectively of both parties. It is recommended to limit the CR. Moreover, with the oil price that tends to decrease. The study will be beneicial for GOI and potential OCs to carry out a fair negotiation. This study will also facilitate the students and academicians to assess the correlation of variables of the PSC Fiscal Systems to be used in the decision-making process.