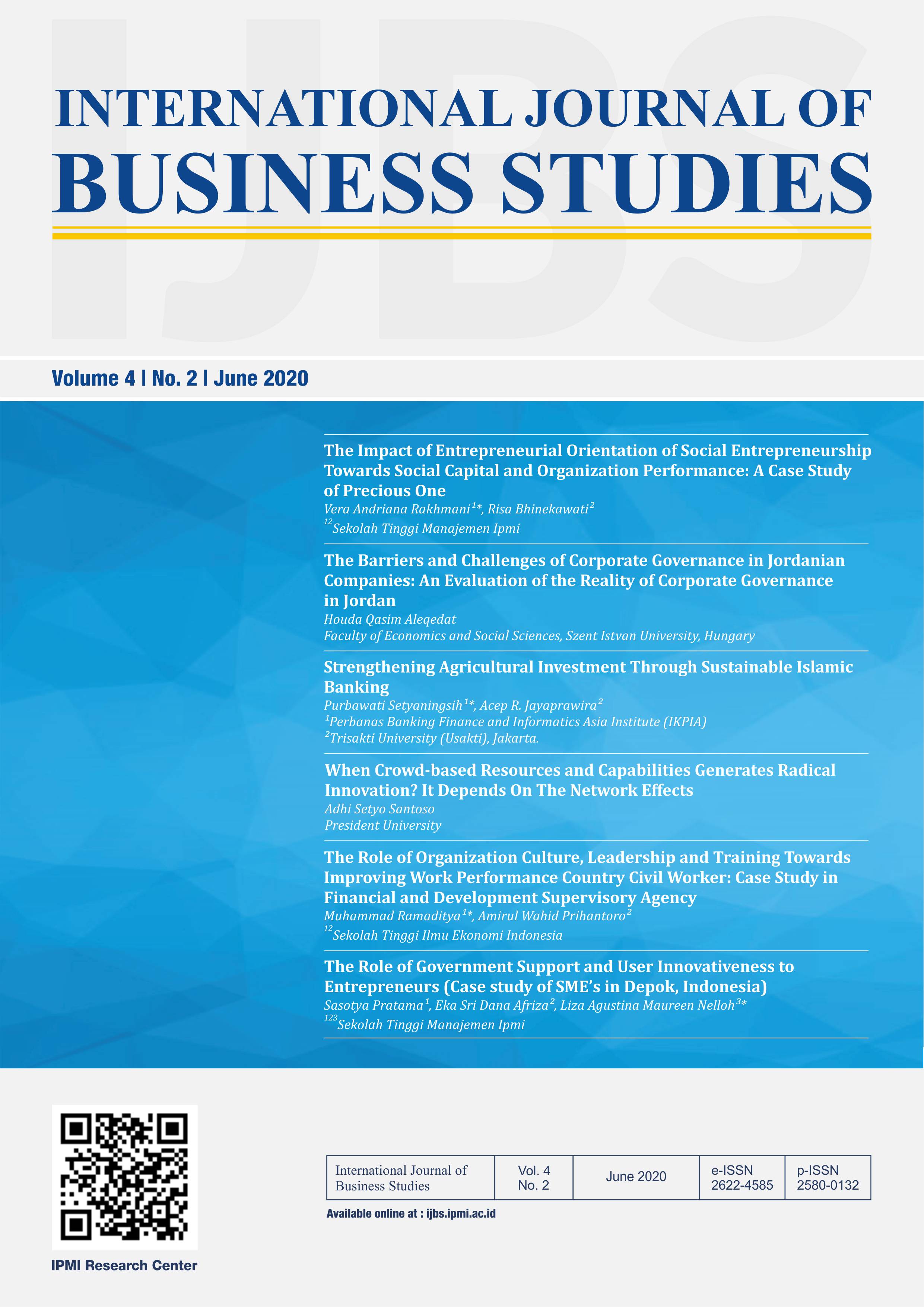 Social enterprise which empowers disabilities is growing in Indonesia. Precious One (“P-One”) is one of them. Started as a non-profit organization, P-One has been successfully converting itself into a profitable social enterprise. This study is fully focused on P-One because there’s concern from the founder on the organization performance, where even though they are growing and profitable, it’s not as fast as they are expected.  Also, there is lack of literature on the relationship between social entrepreneurship, social capital, and organization performance. Therefore, this study aims to investigate the impact of social entrepreneurship and social capital on the organizational performance and to provide recommendation to the founder.

The study employed mixed-method sequential explanatory strategy. This approach is performed by exercising quantitative method and followed by qualitative method. The data were gathered through questionnaires and interviews, and were then examined to see the causal relationship between defined variables by using Structural Equation Model (SEM). The research found that social entrepreneurship has significant influence on social capital and organizational performance, and social capital has significant impact on organization performance.  This study provides an understanding on the correlation between social entrepreneurship, social capital, and organization performance, especially for social enterprise which empowers disability. Social entrepreneurs, especially P-One founder will have better understanding of the key factors which will impact on their performance. Further study shall expand the sampling size and add more variables in the research to generate more precise result. Including financial measurement as an indication of organization’s success would also be beneficial to give more accurate result.