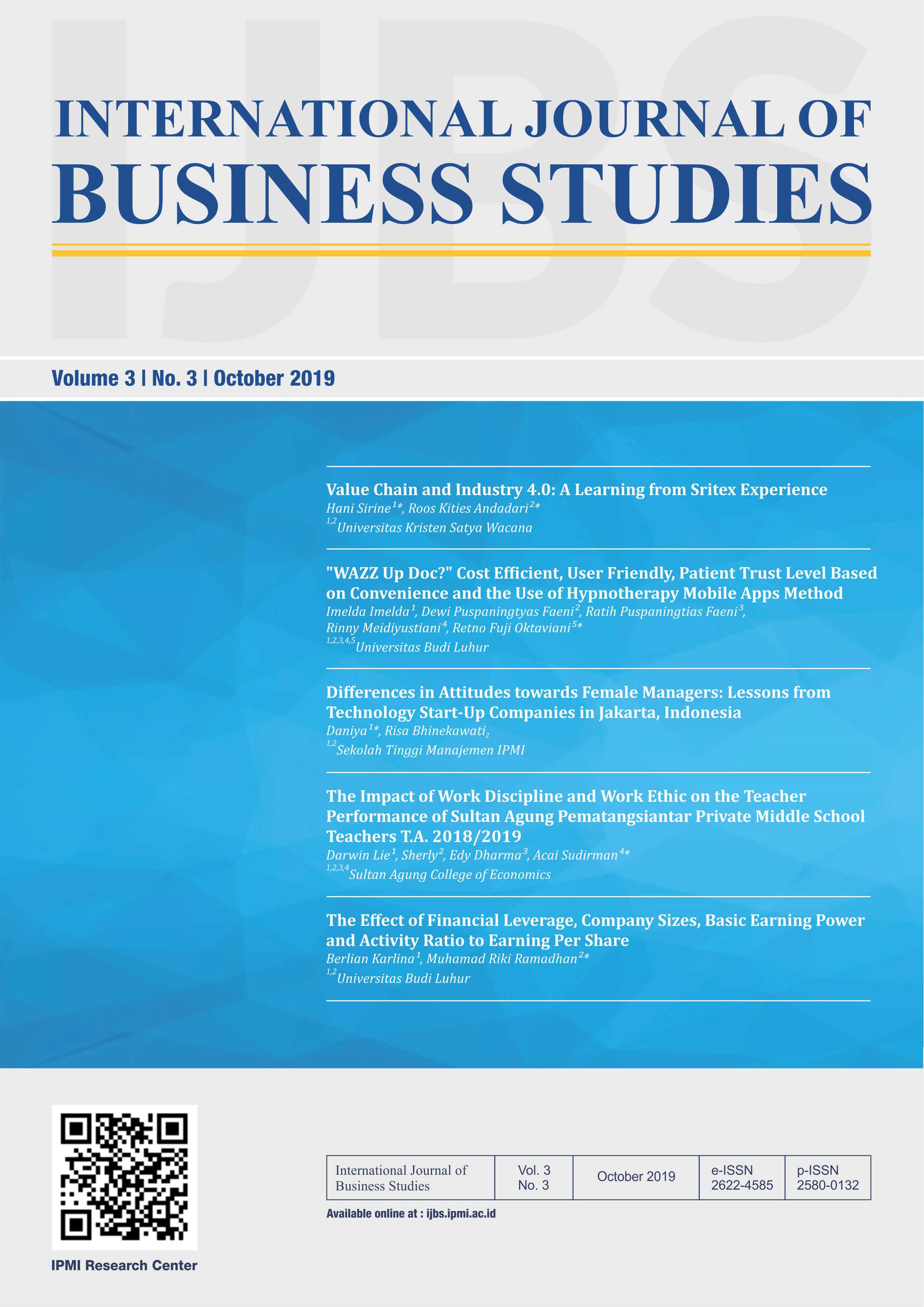 Despite the perceptions that such technology start-up companies are known as a modern working environment that embraces diversity, the data shows that the number of women in the industry, especially in a senior position, is still lower than men. Naturally, men have a high sense of competitiveness and feel more superior to become managers compared to women; while women sometimes practice self-stereotyping and think they are not capable enough for being a leader. This study aims to investigate differences in the attitude of men and women towards female managers in technology start-up companies. This research applies mixed methods, using “Women as Managers Scale (WAMS)” as indicators in the quantitative data collected from 60 male and 60 female that work in technology start-up companies in Jakarta. WAMS was also used as the basis for interview questions with three men and three women are being interviewed for the qualitative approach. The study finds differences in the attitude between men and women towards female manager in the technology startup companies in Jakarta, Indonesia. Compared to men, women respondents have more positive attitudes in terms female managers’ ability, acceptance, physical constraints and leadership. On the contrary, men respondents view that physical constraints like menstruation and maternity leave would affect female managers’ performance. Theoretically, this study contributes to the knowledge of gender diversity at work in the context of technology start-up companies in Indonesia. Practically, managers can use lessons from this study to develop a more gender balanced strategy for the companies.